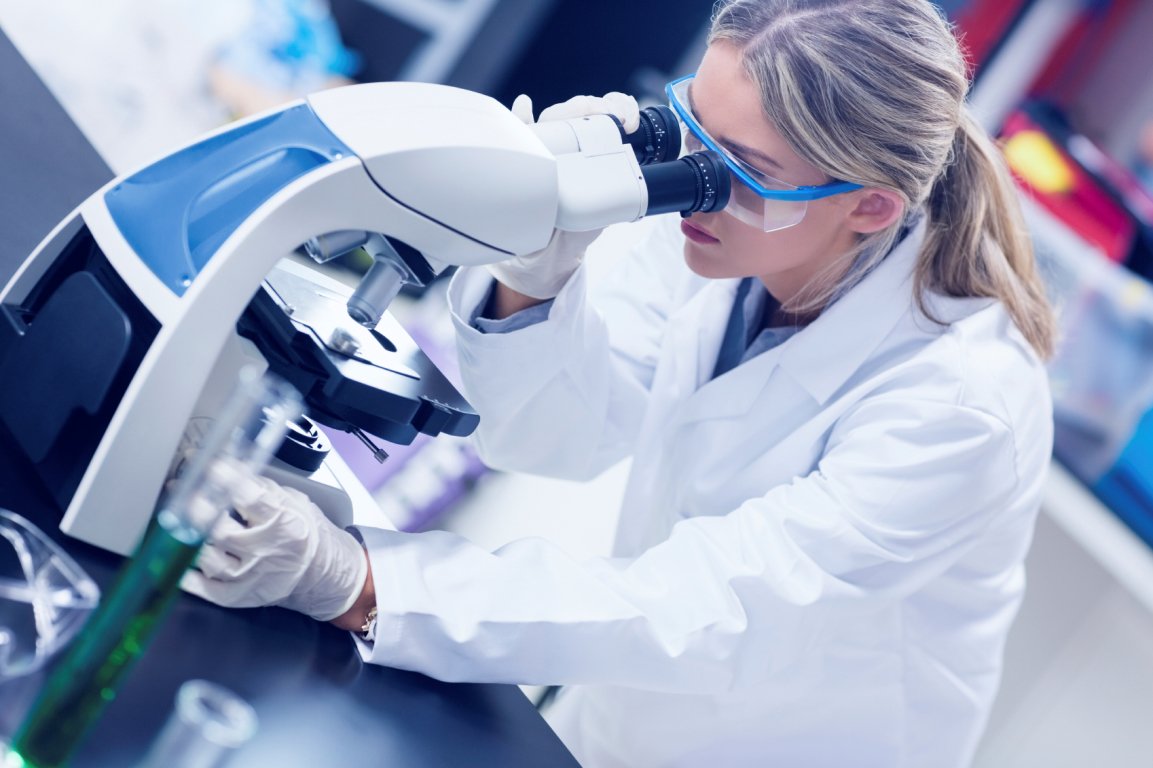 Technology is quickly taking over every aspect of our lives, including solving crimes. The rapid improvements in technology have meant that solving crimes almost takes on a futuristic factor, like something from a work of fiction.

During the forensic science process, forensic equipment is used to process samples and evidence to solve crimes. Measurements include analysis of evidence, fingerprinting or DNA identification, analysing drugs or chemicals, and dealing with body fluids. Importantly, it’s the fusion of science and technology that allows forensic scientists to do a lot of their work. Specifically, sciences such as biology, chemistry and mathematics are combined with various technologies to process evidence.

There are many different technologies used in the forensic sciences that most people don’t know exist. Some of these technologies include:

The Phenom SEM is the best tool for forensic scientists as it offers a very simple to use, fast and high-quality imaging tool with the added capability of determining elemental composition. This assists scientists in analysing evidence quickly and reliably to help solve criminal cases. Specifically, the Phenom GSR Desktop SEM allows crime labs to search for gunshot residue particles. It’s automated, and the software and hardware are fully integrated, so it’s very user-friendly.

The Phenom GSR Desktop SEM also uses a unique system that combines automated GSR analysis and classification software with element identification and the easy-to-use Phenom XL desktop SEM. There are lots of software parameters, which can be adjusted to individual needs. For example, you can optimise it for sensitivity or speed.

The camera uses blue light and orange filters to see whether bruising has occurred below the skin’s surface, and ultraviolet light to enhance bruises, bite marks and search for trace evidence. Infrared photography is used to enhance blood that’s difficult to see on dark and patterned clothing and tattoos due to decomposition, lividity and burning.

Criminals sometimes hide illicit data on an Xbox in the hope that a gaming console won’t be seen as a likely evidence target. With an XFT Device, once the Xbox file system is mounted, an analyst can browse the directory tree, list its contents, open and view files, and expand subdirectories and files. The XFT Device will give authorities access to hidden files on Xbox hard drives, and can also record access sessions to be used as evidence in court.

Facial reconstruction is a method used in the forensic field when a crime involves unidentified remains. The process recreates the face of an individual from their skeletal remains through an combination of artistry, anthropology, osteology and anatomy. There are three main types of facial reconstruction: two-dimensional (photographic prints or drawing), three-dimensional (sculpture or high-res 3D computer image) and superimposition.

Whilst not always the most reliable technology, facial reconstruction is used by many forensic labs to determine the appearance of victims who are too damaged, or whose bodies are decomposing, to make a visual identification. The user inputs data into the software and a possible physical appearance is deduced.

DNA is used to identify both criminals and victims by using trace evidence, such as hair or skin. DNA sequencing determines the order of the four chemical blocks (called “bases”) that make up the DNA molecule. Although DNA evidence alone isn’t enough to secure a conviction today, DNA profiling has become the gold standard in forensic science since the first case more than 30 years ago.

The rapid adoption of AFIS has inevitably led to further investment in developing it. Enhancements include the introduction of palm prints, interfacing the AFIS with other criminal justice information systems, interfacing with digital mugshots and livescan devices, and the use of multi-modal biometrics. Newer technologies such as magnetic fingerprinting dust also means investigators are able to get a perfect impression without compromising the fingerprint.

When it comes to funds, there’s often a mountain of paperwork. Link analysis software is used by specialist accountants to highlight any strange financial activity found within the paper trail. The software looks at financial transactions and the profile of the customer, and using statistics it generates possible illegal behaviour. It’s mostly used by financial institutions like banks and insurance and cyber security agencies to uncover criminal networks. In the same way, government agencies perform link analysis to investigate frauds, improve screening processes, investigate criminal activities, and expose the terrorist network.

In short, link analysis software helps examiners or investigators to create a visual picture of the communications between those who are involved in a criminal case.

Forensic teams are often requested to identify unknown substances, whether in powder, liquid or pill form. Labs use presumptive tests (such as colour testing) that indicate there’s a substance present and perform confirmatory tests (such as gas chromatography or mass spectrometry) that specifically identify what kind of substance it is. Other tests also include ultraviolet spectrophotometry (using ultraviolet and infrared lights to see how the substance reacts), gas chromatography (which isolates the drug from mixing agents that may be present) and microcrystalline testing (which uses the crystal patterns formed to determine what drug is present).

LA-ICP-MS begins with a laser beam focused on the sample surface to generate fine particles – a process known as laser ablation. The ablated particles are then transported to the secondary excitation source of the ICP-MS instrument for digestion and ionisation of the sampled mass. The excited ions in the plasma torch are subsequently introduced to a mass spectrometer detector for both elemental and isotopic analysis.

LA-ICP-MS is one of the most exciting analytical technologies available because it can perform ultra-highly sensitive chemical analysis down to ppb (parts per billion) level without any sample preparation. LA-ICP-MS helps put even the minutest pieces of glass back together, helping forensic scientists determine the direction of bullets, force of impact, or even the type of weapon used if a crime has been committed. It also helps forensic scientists determine what type of glass is found and can match it to other types of glass in a database. Results are available within seconds, meaning LA-ICP-MS delivers the fastest analysis speed of all analytical techniques with the limit of detection approaching ppb level.

Fire occurs due to the exothermic reaction of combustion (burning), producing heat and light. For a fire to occur, three vital components must be present: a fuel source, an oxidant (O2) and a sufficient amount of energy in the form of heat. When arsonists attack, there’s very rarely much evidence left at the scene. Arsonists do, however, usually use accelerants to speed up a blaze.

The primary purposes of a fire investigation is to establish the origin of the fire, determine the likely cause, and conclude whether the incident was accidental, natural or deliberate. It’s vital to establish the cause to ensure similar events don’t occur (in the case of natural or accidental) or to allow a legal investigation to be conducted (in the case of deliberate fires).

Forensic scientists apply technologies to heat samples taken from the scene, causing any residue to separate. This sample is then analysed to determine the chemical structure. Scientists also use other tests such as using liquid nitrogen gas to trap residue which is then analysed using gas chromatography. The investigation will include closely surveying the damaged scene to establish the cause of the fire.

A 3D scanner is generally one of the most expensive but brilliant pieces of equipment available to crime scene personnel. You can take the scanner, place it in the middle of a room, and turn it on. The scanner will then rotate 360 degrees while taking photographs of the entire room and the objects in it. It will also measure distances from the scanner to the walls, and from the scanner to objects in the room.

Before the 3D scanner, drawing a room was time-consuming and labour-intensive. It also required a great deal of artistry skills. Items were often left out to avoid ‘cluttering’ a drawing, which resulted in an inaccurate account of the room. A 3D scanner gives accuracy in 10-30 minutes, which is significantly less time than it would take an artist.

With the help of high powered microscopes, tiny pieces of evidence can be viewed more clearly and thus be more easily identified. The Malvern Morphologi 4-ID, for example, offers the novel ability to detect counterfeit drugs. It automatically images thousands of particles for size and shape, and provides chemical ID via Raman spectroscopy.

If you ever tried to take a picture of a bullet whizzing by, chances are you’d come away with nothing but the background. Bullets move fast, and this requires specialist high-speed ballistics photography.

Ballistics photography involves taking pictures of bullets being fired from a gun or bullets penetrating their respective targets. The techniques involved in taking ballistic related photos are similar to those used for any other subject of high-speed photography, such as pictures of splashing liquids or a balloon popping.

As with any other specialised area of photography, ballistics photography demands a certain set of equipment. In addition to a high-speed flash, a photographer may also need a cable release and a trigger to align the flash with the event. The trigger, perhaps the most important piece of equipment, activates the camera to take the picture based on either the sound or light emitted from the high-speed event.

GET THE RIGHT TECHNOLOGY FOR THE JOB

As technology infiltrates every aspect of our lives, it’s no wonder solving crimes has become almost futuristic in its advances. Shows like CSI and NCIS have made a whole range of forensic technologies well known, but there’s always something new and exciting to discover.

Get the right technology for the job and enjoy ongoing support in achieving reliable analytical measurements with ATA Scientific. We offer the best laboratory equipment and expert knowledge so you can be confident in your forensic science results.