The Complexity of the Macrophage Immune Response & How To Solve It 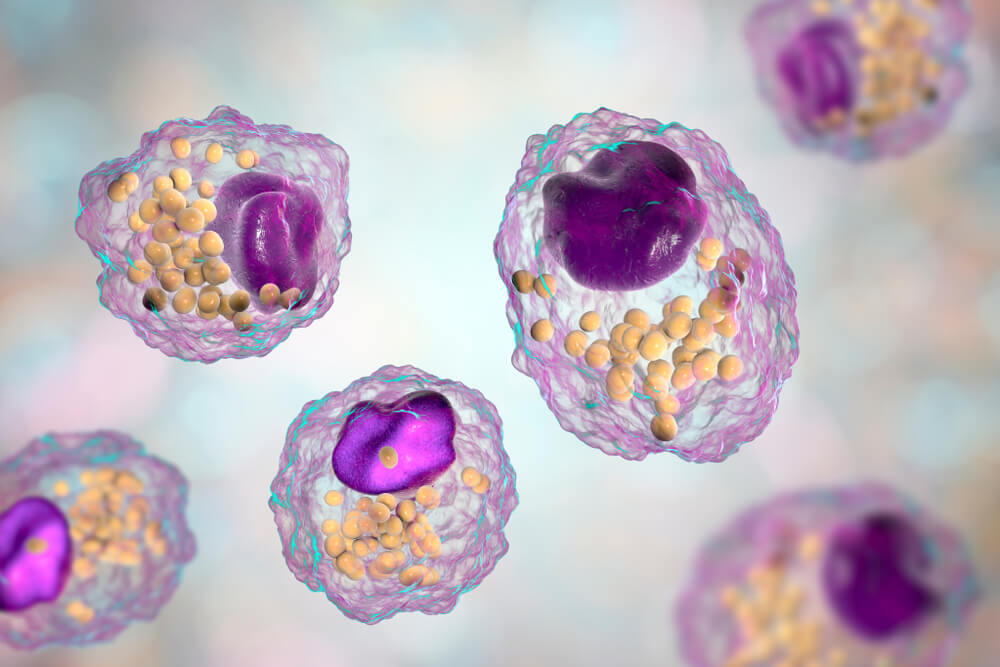 Livecyte combines high contrast label-free imaging with correlative fluorescence and automatic cell tracking algorithms to provide a complete solution for quantifying phagocyte behaviour down to the single-cell level. This enables users to:

Recently Phasefocus have turned their research to Macrophages, the heroes of our immune response that are commonly misunderstood. Livecyte has uncovered some interesting phenotypes that were in the realms of theory before now!

What is the macrophage immune response?

Macrophages are effector cells of the innate immune system that phagocytose bacteria and secrete both pro-inflammatory and antimicrobial mediators(1). In addition, macrophages play an important role in eliminating diseased and damaged cells through their programmed cell death. Generally, macrophages ingest and degrade dead cells, debris, tumour cells, and foreign materials, they exist in multiple states of readiness.

In tissues, they are typically in a “resting” state where they slowly proliferate and clear up debris.

Macrophage activation occurs when these resting macrophages receive chemical signals which alert them to the proximity of invaders. For example, Lipopolysaccharide (LPS), a component of the outer cell membrane of Gram-negative bacteria such as E. Coli, can be shed by these bacteria, and bind to receptors on the surface of macrophages. In response, these macrophages become activated and produce inflammatory cytokines, reactive oxygen and nitrogen species and begin phagocytosing the foreign bodies.

What’s the problem we are trying to solve?

Population level analyses that, for example, look at total fluorescence or pixel area of expression over simplify the response and completely miss much of the richness of phenotypic response. They are also vulnerable to confounding effects from cell proliferation and seeding density variation.

How does Livecyte solve this?

Livecyte solves this by measuring immune response on a single cell level. This provides a new level of accuracy in phagocytosis quantification and preserves heterogeneity of response. It also brings all the standard benefits of Livecyte to the application such as reduced phototoxicity and measurement of the full breath of phagocyte phenotypic response enabling the correlation of these behaviours and new scientific insights.

In this study, the Livecyte Fluorescence Dashboard showed a dose-dependent reduction in the median fluorescence intensity of the cells, therefore reduction in cell phagocytosis, with cytochalasin D treatment. Livecyte’s high content data generation enabled time-lapse data for individual cells to be observed, giving a far more in-depth analysis of an experiment than end point, or total population metrics. Livecyte can observe individual cell behaviour, and therefore can measure fluorescence on a single-cell basis, thus removing assay sensitivity to initial cell count and allowing individual macrophage phagocytosis to be measured independently from cellular proliferation(3).

To summarise the findings of the application AN017 Quantifying Macrophage Activation and Proliferation, Phasefocus characterised subtle changes in macrophage phenotype in response to inflammatory stimuli. Through analysing cell count and cell dry mass values they were able to identify proliferation and growth of cells independently.  A prioritisation towards proinflammatory signalling and growth was identified with an inhibition of the proliferation pathway in cells treated with LPS. This is known to occur in activated macrophages to meet the demands of cell growth and production of bactericidal factors. This was exacerbated with the addition of pro-inflammatory cytokine IFNγ suggesting a synergistic effect of both these pro-inflammatory mediators(2).

In this Application Note, AN019 – Macrophage Phagocytosis of Apoptotic Cells, Livecyte enabled users to reliably investigate time-sensitive changes of immune cells in response to target cells to enhance our understanding of efferocytosis regulation. From a single experiment, it was possible to generate a host of quantitative insights to both substantiate and validate existing data as well as bring new facets to investigate the complex mechanisms that make up a biological response. Livecyte is a crucial tool in bringing a new dimension to traditional in vitro immune assays, advancing the knowledge, and understanding of these pathways(4).

To truly appreciate the power of the Livecyte, we encourage a much closer scrutiny of these and other applications as you would any scientific paper.

Take a look at what Greg Perry, Image Resource Facility Microscopy Manager at St George’s University of London, has to say. “One professor has been using the Livecyte on a daily basis and his work flow has become so streamlined that he has managed to get a few months’ worth of work done in just one.”

ATA Scientific manages Livecyte throughout Australia and New Zealand. We can arrange virtual and live demonstrations of this amazing microscope. The Livecyte really is the solution to the problem you never knew you had, uncovering novel discoveries using a platform that has transformed other fields, winning multiple awards and breaking Guinness records.  Your research is far too important to miss out on Livecyte, to paraphrase Dr Peter O’Toole of York University – “every microscopy facility should have a Livecyte”.  Contact Peter Davis at ATA Scientific for further information: pdavis@atascientific.com.au.

Changing the Way We Measure ‘Undetectable’ Differences in Protein Structure

The Role of Lipid Nanoparticles in Vaccine Development