How Technology is Helping Forensics in Gunshot Residue Analysis 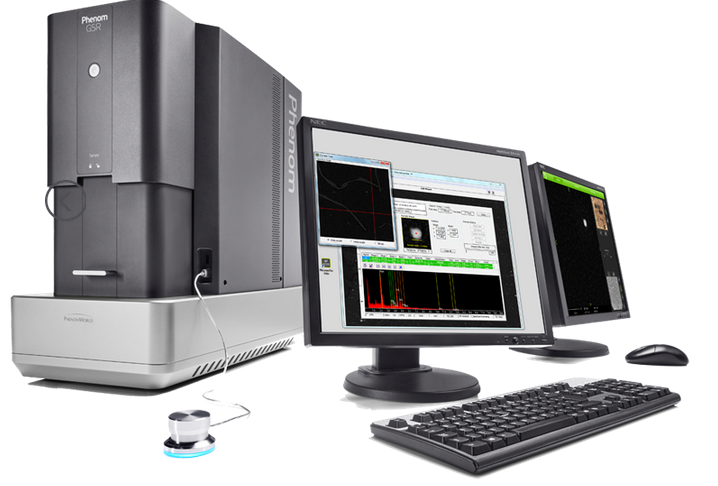 Within forensics, one technological innovation that has had a major contribution in ensuring the precision and accuracy of investigations is the automated analysis of gunshot residue (GSR).

Guns use a characteristic composition of lead, antimony, and barium, and have a discriminative spheroidal morphology. As a result of this, it’s quite obvious when a gun has been discharged, and the residue it leaves behind is relatively easy to reliably track.

GSR is not new, with highly qualified technical guides to using GSR detection in investigations existing since as far back as 1977. But what has changed in the years since has been the sharp improvement in detection processes, as well as the technology used to help facilitate those processes.

One example is particle analysis by scanning electron microscopy (SEM). SEM, alongside energy dispersive x-ray spectrometry (EDS), has become the default technology for use in analysis. This is because both technologies are precise in their measurements and allow investigators to conduct analysis without requiring the use of chemicals – in other words, the investigation technique is non-destructive when using SEM.

Making the most of GSR in investigations

It’s important to understand that GSR isn’t foolproof and a couple of factors can compromise its value as evidence. Most critical of these is that it’s easy to remove GSR following the firing of a weapon.

GSR occurs when, after being fired, the gun creates a cloud of particles that settle on the hand and nearby clothing. Unfortunately for investigators it’s very easy to remove GSR, as simply putting a hand in a pocket can rub a lot of it off, and washing hands or clothes will certainly remove the particles.

Another challenge is that GSR isn’t definitive proof that a person had fired a weapon. GSR can spread and settle on people located nearby, so while it’s not a naturally-occurring collection of particles, it’s still possible that a person who has never handled a gun could test positive if they were in the vicinity of a gun being fired.

These challenges involved in GSR analysis mean that the SEM equipment used in analysis need a couple of critical features.

One example of a technology that is specifically designed to meet the challenges of GSM analysis is the Phenom GSR Desktop Scanning Electron Microscope. This technology has the following features:

As GSR samples can be fragile and the particles brushed off quickly, it’s important that the scanning and analysis is done quickly. The Phenom GSR Microscope can create an electron image in less than 60 seconds after the sample is loaded. Additionally, because the hardware also has a software solution (ASTM E1588 compliant) built in, it’s possible to perform automated analysis and classification of samples to further speed up results. 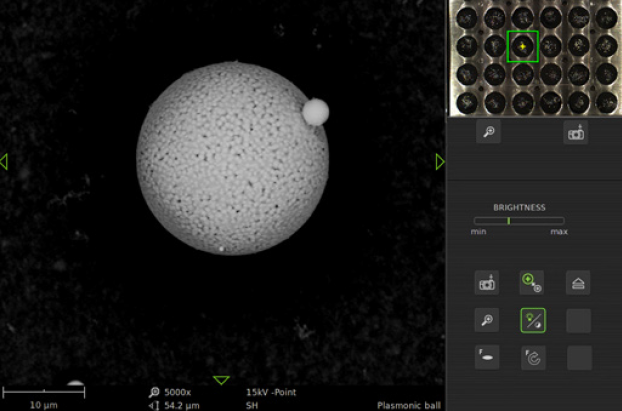 Because GSM analysis is so common in investigations, the technology used for analysis needs to be robust and reliable. The Phenom GSR Microscope has a high brightness thermionic source that offers a stable operational lifetime of greater than 1,500 hours.

What else does SEM do?

SEM analysis remains a critical component in forensic investigations. Not only can it give investigators a clearer picture of who’s likely to be the one that discharged a gun, but this analytical technique is also useful in painting a clearer picture of a scene. For example, the dispersion of particles, while not uniform, can give an investigator an idea of how far away a sample was from a gun being fired.

This can be broken down into three main categories:

This information can be critical in understanding the relative position of individuals to the firing of a gun, and their facing relative to the person firing the gun (since the particles will settle in a direct line from the discharged firearm).

Phenom SEM technology for your lab

Gunshot Residue (GSR) analysis plays an important role in the determination if a firearm has been used in a crime. Forensic labs around the world are using the desktop Phenom GSR SEM to quickly scan samples and automatically find suspect GSR particles. If a suspect particle is found, the fully integrated Energy Dispersive X-Ray Spectrometer (EDS) is used to identify the elements in that particle.

For more information on how the technology works, or to arrange a demonstration, contact the ATA Scientific team.

The Applications and Practical Uses of Scanning Electron Microscopes

How Live Cell Research is Changing the Face of Biological Research