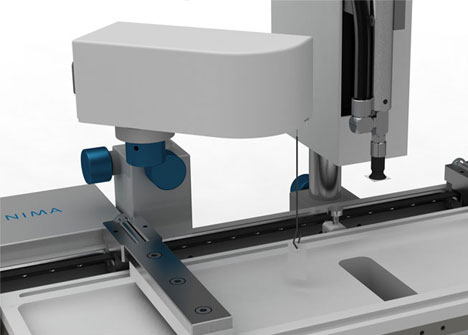 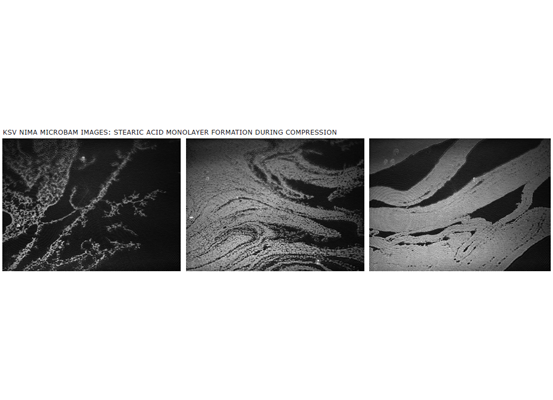 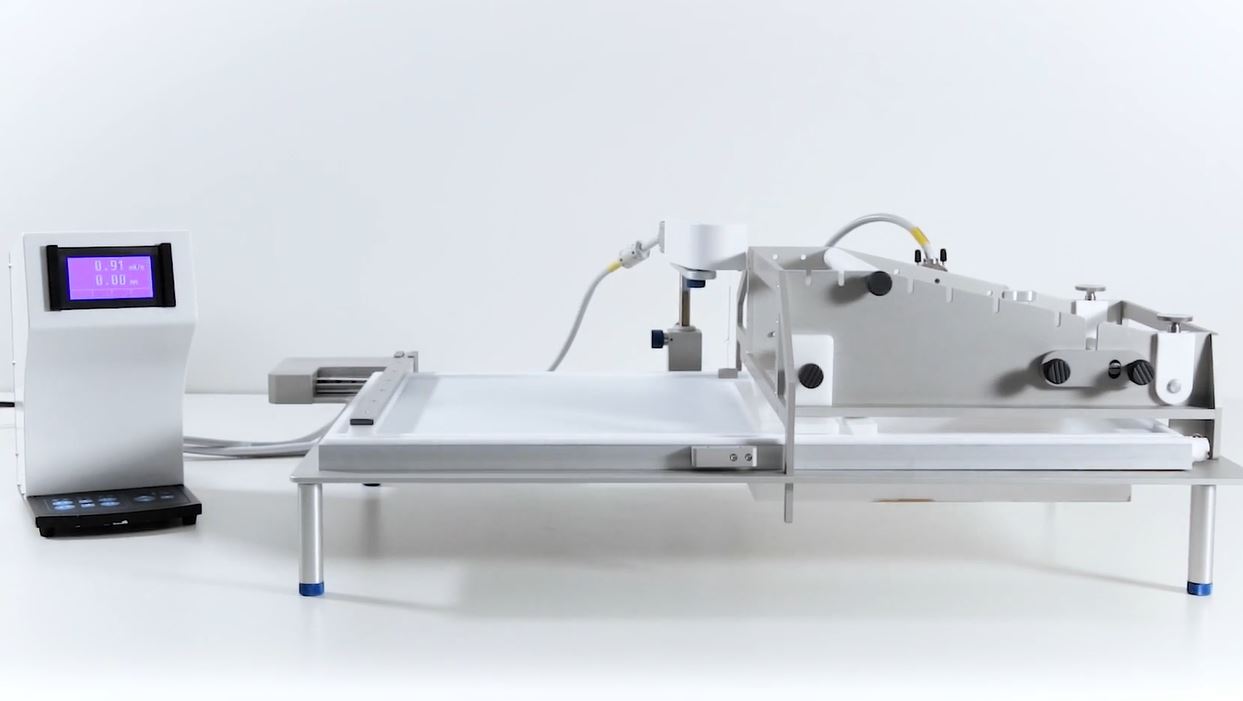 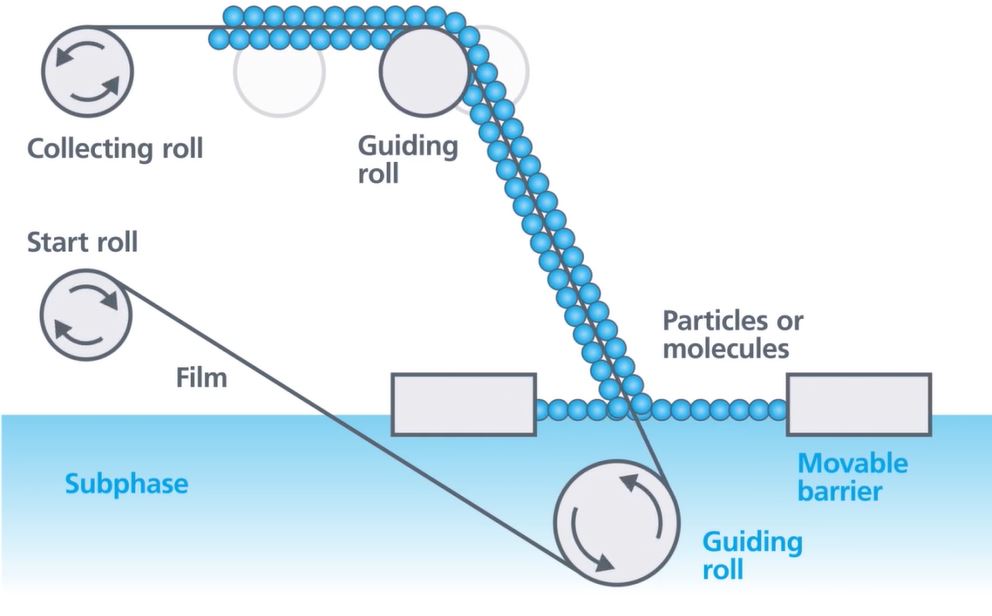 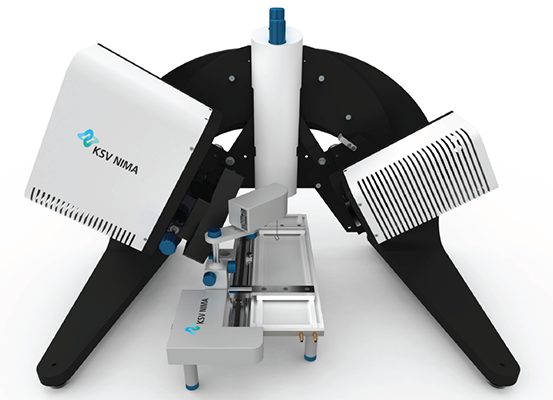 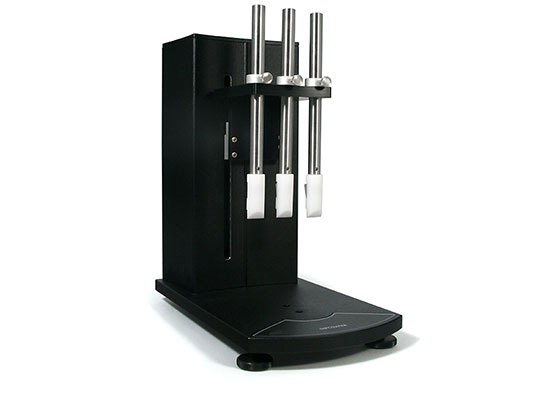 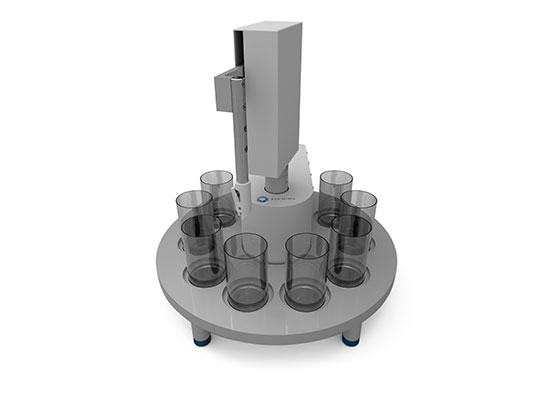 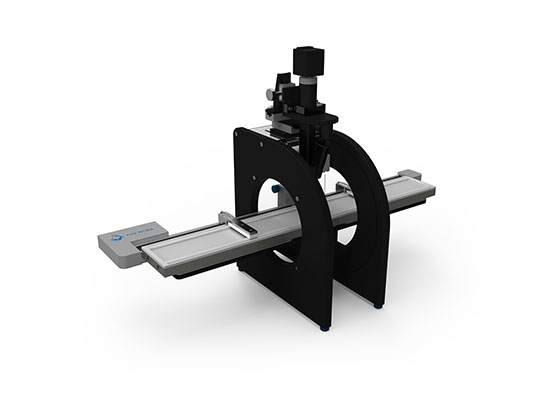 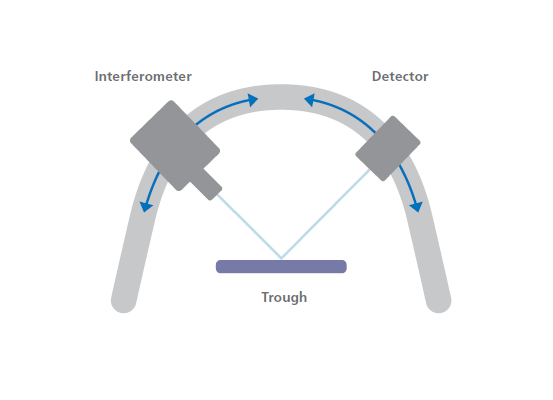 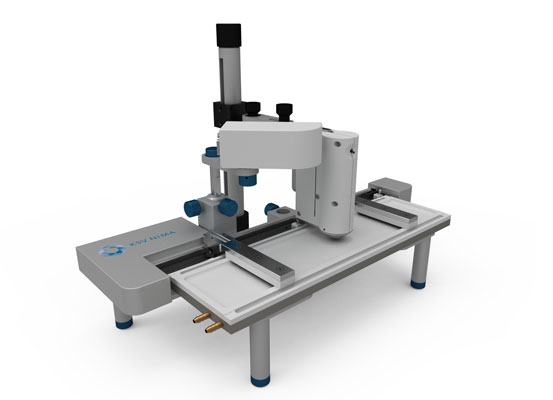 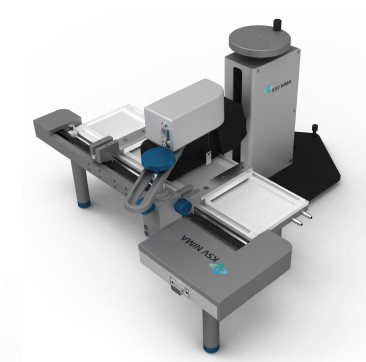 Langmuir troughs are used to create films one molecule thick with precision control over the packing density of the molecules.<a name=”top”></a>

The film material (e.g. polymer) is first dispersed in a water insoluble solvent. The trough top contains the water sub-phase and the sample/solvent solution is placed on the water surface with a syringe. The solvent evaporates and a monolayer of sample forms at the air-water interface. Software-controlled barriers compress the monolayer and the surface pressure sensor measures the packing density. Analytical techniques that can be used to further investigate monolayers at the gas-liquid interface (even before deposition) include Interfacial Shear Rheometry, PM-IRRAS, Brewster Angle Microscopy and Surface Potential Sensing.

Surfaces (eg metals, biomaterials) can be coated with the films by dipping them into the trough. Monolayers are be deposited on a vertical surface using the Langmuir-Blodgett or horizontal surface using the Langmuir-Schaefer deposition techniques. This enables the creation of single and multi-layer films with precise control of thickness, molecular orientation and packing density. A compressed monolayer film has a surface area to volume ratio far greater than that of the bulk material which can create new properties.

Applications include studies of nanotechnology, surface chemistry, biophysics, colloids and many other materials. 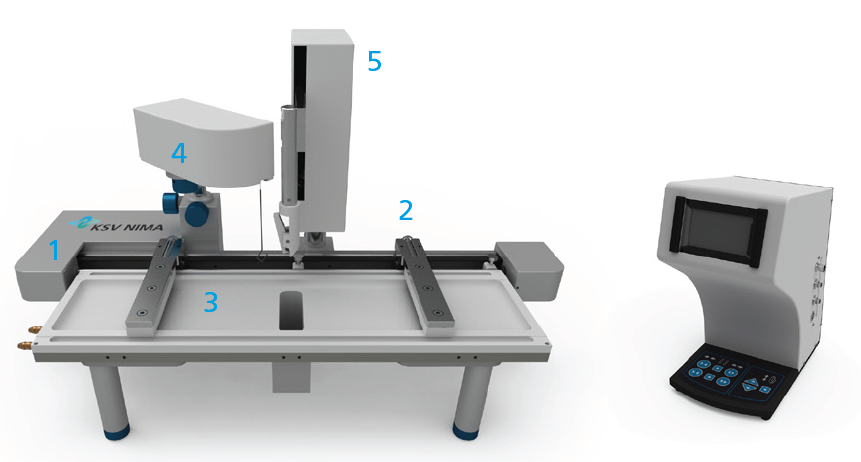 Langmuir-Blodgett (LB) troughs also include a dipping mechanism (5) and a well to allow for a solid substrate to be dipped through the monolayer. All functions are controlled through the interface unit (6). The software includes pre-programmed methods for most of the common film experiments. These methods can be modified as required. All of the operating and measuring parameters are recorded and can be recalled.

Langmuir Troughs are available in four sizes from Extra Small to Large. All systems can be switched between Langmuir, Langmuir-Blodgett (LB) and microscopy configurations. LB films can be deposited on a wide range of sample sizes from millimeters to centimeters.

Langmuir troughs can be configured according to the application:

Nanoparticle Deposition Trough combines the capabilities of the Langmuir-Blodgett Medium Trough, MicroBAM and Langmuir-Schaefer Holder to offer the ultimate tool for coating solid substrates with nanomaterials such as nanoparticles or graphene oxide. The MicroBAM microscope lets you see your film prior to the deposition, ensuring optimal quality and homogeneity of your coating.

Alternate Layer Deposition Trough enables simultaneous creation of two Langmuir films in separate compartments. The sample can be dipped through the two monolayers in the required sequence.

The Liquid-Liquid Langmuir Trough is used for monolayer studies such as oil-water.

Lite Trough is a cost effective L&LB trough for those with a limited budget.

Go to top of page 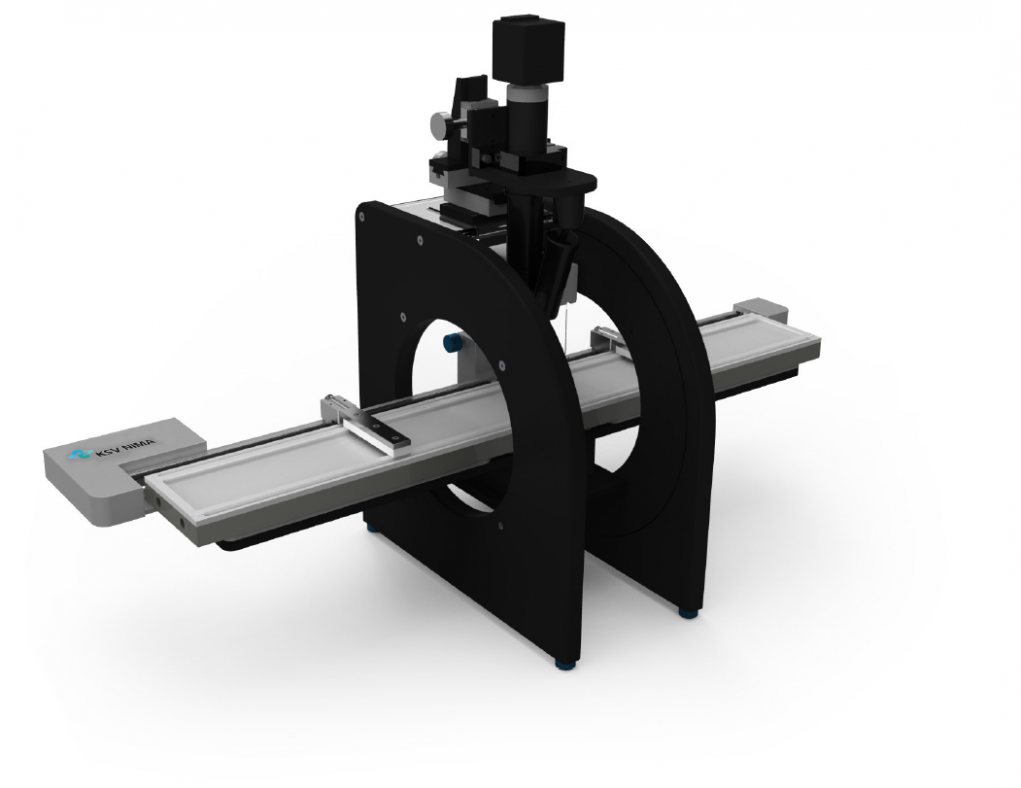 The Interfacial Shear Rheometer provides a highly sensitive method for measuring the viscoelastic properties of films at a film/fluid interface. These measurements are not possible with rotational rheometers as they lack the sensitivity to probe within a thickness of a few nanometers.

The Interfacial Shear Rheometer is integrated with a Langmuir Trough so that rheological data can be correlated with monolayer surface pressure and phase transitions. Dynamic measurements enable viscoelastic properties to be measured as a function of properties such as strain, temperature or surface pressure. Static measurement enables the creep test and indicates Newtonian or elastic model behavior.    Brochure – Langmuir and Langmuir-Blodgett (ISR) troughs

Brewster Angle Microscopes (BAM) enable real time imaging of monolayers at the air-water interface in a Langmuir Trough. This technique is useful for determining the homogeneity of compressed monolayer films, domain sizes, shapes, rigidity and packing behaviour.  The Brewster Angle is the angle at which polarized light is not reflected off an air/liquid interface. The Brewster Angle for the air/water interface is 53°. At this angle the image of water appears black since no light is reflected. The formation of a monolayer on the surface changes the refractive index so that light is reflected and images are formed of the film homogeneity and morphology.

The BAM can be used to control the monolayer packing density in the Langmuir trough. The MicroBAM offers a compact design with simple operation. MicroBAM has a resolution of 12µm and the incident angle is fixed at 53°. 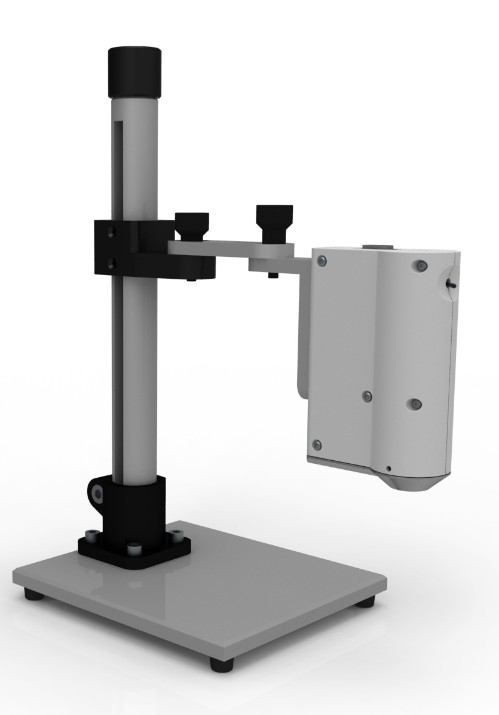 This vibrating plate capacitor method is non-destructive and enables the determination of monolayer composition and orientation as well as molecular interactions.

To enquire about this product, please send through your details below and one of our product specialists will be in touch to discuss your requirements.