Laser diffraction has emerged as one of the most important and effective techniques in the world of particle size analysis thanks to its fast, non-destructive properties, its suitability for a broad range of particle sizes, and its ability to be fully automated. As a technique that measures particle size distribution for both wet and dry dispersions, it offers many advantages, including a high level of precision, fast response, high potential for the repetition of results, and a wide measurable particle diameter range.

The Role of Laser Diffraction in Particle Analysis

Over the last twenty years, laser diffraction has, to a large extent, replaced traditional methods of particle size analysis, such as sieving and sedimentation (a previously common practice for granular material).

Recognised for its capacity to reproduce results and size range spanning five orders of magnitude, laser diffraction has emerged as the technique of choice throughout the pharmaceutical industry where examining particle size is crucial in determining the performance of a product or process.

The scope for automation means modern particle size analysis can often be a matter of loading the sample and hitting a button, which is an exciting prospect for pharmaceutical companies looking to scale their research.

How Does Laser Diffraction Work

Laser diffraction is what is known as a ‘cloud’ or ‘ensemble’ technique meaning it offers a result for the entire sample, as opposed to providing information for individual particles. Ensemble techniques use a broadened beam of laser light which scatters the light on to a specialised lens to offer a greater collection. During a laser diffraction experiment, particles are illuminated in a collimated laser beam – producing a scattered pattern of light – allowing scientists to deduce particle size and shape.

As a general rule, the bigger particles will bring about a high intensity of scattering at low angles to the beam and the smaller particles, on the other hand, create a low-intensity signal at far wider angles. These angular scattering patterns are measured with various specially-designed detectors and particle size distribution is determined from the resulting data.

In the late 1970s, when laser diffraction systems were first introduced, limited computing power made it difficult, and impractical, to rigorously apply Mie theory. The Fraunhofer approximation of the Mie theory was a much easier model to use and was therefore widely adopted at this stage. It provides a simpler approach by additionally assuming that:

Mie theory uses the refractive index difference between the particle and the dispersing medium to predict the intensity of the scattered light. It also describes how the absorption characteristics of the particle affect the amount of light which is transmitted through the particle and either absorbed or refracted. This capability to account for the impact of light refraction within the particle is especially important for particles of less than 50µm in diameter and/or those that are transparent.

Mie theory is based on the following assumptions: 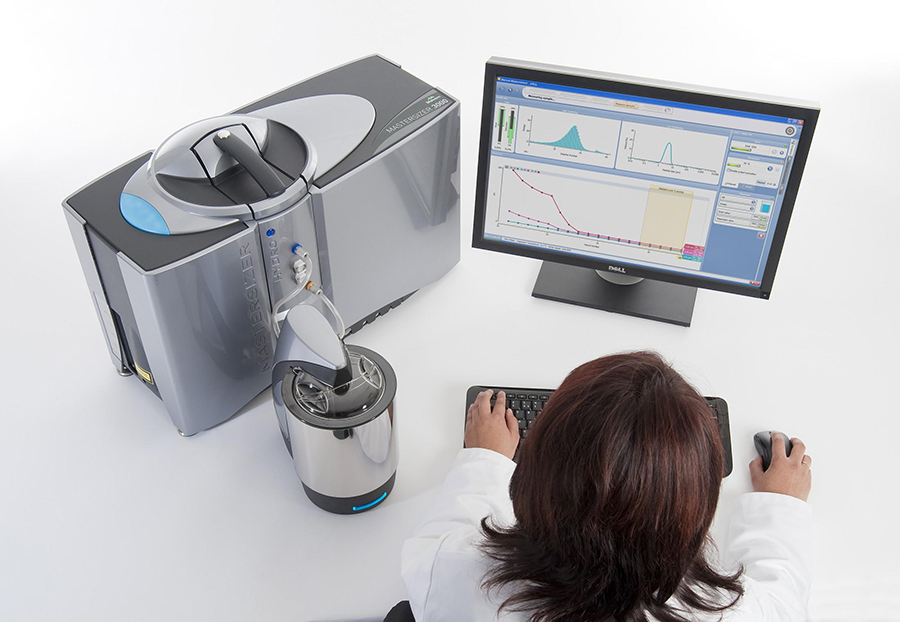 Advances in computing power allow modern laser diffraction-based particle analysers to fully exploit the description of light scattering developed by Mie 100 years ago. The examples included here demonstrate how the ability of Mie theory to correctly predict the effect of particle transparency and changes in scattering efficiency make it superior to the Fraunhofer approximation, particularly for particles less than 50µm in diameter. ISO13320 recognises these benefits, concluding that the Mie theory provides an appropriate optical model across the full laser diffraction measurement range.

Modern measurement systems enable easier access to the powerful capabilities of the Mie theory through the inclusion of, for example, a database of refractive indices. These systems provide the greatest accuracy for the widest possible range of materials.

The team at ATA Scientific are experienced leaders in the scientific instruments industry, specialising in particle size analysis. Contact a member of the ATA Scientific team to find the right solution for your needs today.